In secularist countries, where there is no organic tie between religion and the government, the gender emancipation is already taken for granted. However in the islamic world, which is almost totally anti-secular, we often encounter that women and homosexuals suffer. 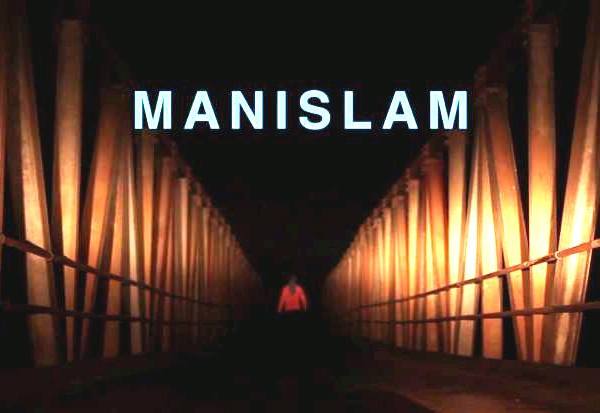 The majority of the history is written by men and  therefore probably tells more about the men themselves. Then it is no surprise that it is not called “her story”, but “his story”. The religious books are also address men. Beside some exceptions the Holly Books are translated and interpreted again by men. That does not mean that women are excluded in religion, but they are obviously the second gender.

In Islamic countries, often women and homosexuals have limited freedom and added hardship in life. Men tend to limit the freedom of others and make them ‘suffer’. A possible reason is that in such countries the patriarchal system is widespread; unlike girls, boys are thought to be strong, dominant, decision makers and beloved – just because they are men. The men of this family system are obliged to protect the honor of the family and chastity of the women. As a result they become cruel individuals with big ego. The patriarchal system that gives neither happiness nor freedom to both gender, prevails for many centuries. What is weird, is that this mentality is supported by Muslim women as well.

Well, are the men of Islamic countries really happy? Do they feel free? How do they carry that burden, how do they manage everything they are expected to be? And what if they fail?  Are they really content when they murder their sisters or wives, just because she disobeyed? Does punishing women and homosexuals give them pleasure?

Nefise Özkal Lorentzen seeks answers to those questions in the last film episode of her Islam Trilogy. In her first film, Gender Me (2008), we met men who want to to be both homosexual and Muslim. In the second episode, A Balloon for Allah (2011), she narrated why women in Islam are unhappy. In the final episode Manislam (2014), the leading roles belong to men in Islam. The film is sponsored by the Norwegian National Broadcasting TV (NRK).

In Manislam, Özkal Lorentzen introduces to us four Muslim men from Indonesia, Kuwait, Bangladesh and Turkey, who see the necessity of a new understanding of Islam in the world, who see life in a different way than their fellow believers and who dare to ask questions.

This doc­u­men­tary is a brief story of how they see Islam, what con­flicts they face while they at­tempt to change the dom­i­nant cul­ture in their countries and how they dis­sem­i­nate their mes­sages. Ac­cord­ing to the film di­rec­tor, these four men who try to shape a de­mo­c­ra­tic and uni­ted Islam, mov­ing to­ward their own free­dom. Ne­fise Özkal Lorentzen’s doc­u­men­taries are slightly dif­fer­ent then oth­ers, as it is en­r­iched by an­i­ma­tion and fairy­tale nar­ra­tion. What is also spe­cial about her is that she takes part in the movies as a mother and woman, all while being the director.

Ban­gledeshi Im­tiaz Pavel cre­ated a quiz board game which he plays with the vil­lage kids to make them un­der­stand that men and women are equal from an early age. In the Mus­lim vil­lages Pavel vis­ited, girls play foot­ball in shorts, while boys cheer for them.  Naif Al-Mu­tawa is psy­chol­o­gist from Kuwait and the cre­ator of The 99, the first su­per­hero car­toon char­ac­ters in the Is­lamic world. His sto­ries de­pict the ad­ven­tures of 99 su­per­heros, each with one of the 99 names of Allah. He be­lieves in the power of nar­ra­tion and no­ticed that there was no su­per­hero in the Is­lamic world, un­like Su­per­man or Bat­man in the Chris­t­ian world.

Syaldi Se­hude and four other young men put on miniskirts and walked in the streets of Jakarta chant­ing slo­gans against rape.​ This small event had a na­tion­wide ef­fect and be­came a head­line in the Jakarta Post. They be­lieve that in order to eman­ci­pate women, first men should be freed. They should be al­lowed to be emo­tional and cry like women do.

Time for an is­lamic Renaissance?

What are the bases taken into consideration in the interpretations of the holy book? What is the actual problem: the book or the interpretations? Is it really Quaran that makes people suffer? The book that was brought to the Prophet in Kureysh language and written in Arabic, another language known for being ambiguous?

Who is Nefise Ozkal Lorentzen?

Nefise Özkal Lorentzen (b. 1964) is a Turkish-Norwegian film director. She holds a Bachelors degree in political science from the Bosphorous University in Istanbul, Turkey, and a Masters degree in media and communication from the University of Oslo. She has written and directed numerous documentary films, often touching upon controversial themes such as gay Muslims, war and racial discrimination. In 2008 she also made her debut in fiction, writing and directing the five-episode drama TV-series The Young Detectives. In addition to making films Özkal Lorentzen has also written several books.