“Democracy is like a train”, Turkey’s current President Recep Tayyip Erdoğan said early on in his political career. “We shall get out when we arrive at the station we want”, he continued. 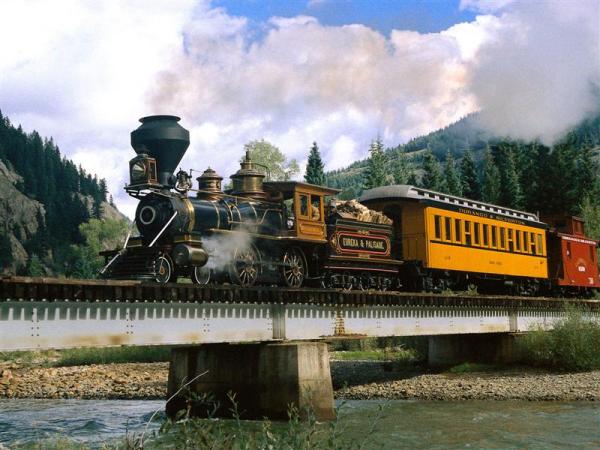 At the beginning Erdoğan expressed quite conservative views and therefore was loved by the conservative society of Turkey. A poem of Ziya Gökalp, a known sociologist, writer and poet in the last decades of the Ottoman Emperor, that he recited was rather significant: “The mosques are our barracks, the domes our helmets, the minarets our bayonets and the faithful our soldiers….”

Erdoğan was given a ten-month prison sentence  for  what, under article 312/2 of the Turkish penal code, was regarded an incitement to commit an offense and incitement to religious or racial hatred. When he was released, he was seen as hero and celebrated by his followers.

However, after he established his political party (AKP) he announced that he changed his shirt. He promised that he was going to strive for a democratic and corruption-free Turkey. He then received the political support of the elites and liberals of the country, as well.

Erdoğan is known for being a good speaker and having strong convincing skills. A word he uses frequently is “Allah”. The more he repeats it, the more cheering he gets from his audience. Moreover he behaves like a father figure to them; a family leader who wants to lead his children on the right path. He does not tolerate alcohol, smoking, cesarean, abortion, flirting, decolletes, ballet dancing and homosexuality, for instance. This attitude of his is well received in the patriarchal and conservative families. Erdoğan is felt as being one of them.

Erdoğan, as hope for millions

As a son of a strict father of a pious family, who was living in a suburb of Istanbul, Tayyip Erdoğan shows clear traces of his socialization in his character. Many people in Turkey find similarities of their life in his and feel him close to themselves. That young man, who grew up under difficult economical and social circumstances, is now the most powerful man of a country of 80 million people. This life story gives hope to millions of Turkish people, for being as strong and as powerful as him one day. Besides, Recep Tayyip Erdoğan made many emigrant Turkish proud of their nation and religion, who felt themselves as second class people for long time in Europe.

In the very beginning, he appeared indeed humble and calm, but after repeated triumphs in the elections he has changed drastically and became more and more self confident. He constructed palaces for his office and altered the constitution, such that the laws serve his goal. The change in his personality can be observed medically, too. Many specialist diagnosed him with Hubris Syndrome (1). An authoritarian presidency system was not even seen as a possibility until a few years ago, however, it is considered to be applied soon in Turkey. After all, especially foreign media already employ the title “Sultan” or Emperor” in front his name.

From when he first took the train of democracy, until he achieved his current success, he met various hardships and hurdles. Yet none of them changed his mind, on the contrary challenged him even more. All scandals, corruption cases or blames did not change the course of the train. He is probably well aware that to change a society is not simple and demands patience.

Erdoğan receives enormous sympathy as mach as repulsion even hatred in the Turkish society. He is actually unique in the country, as a person who earns massive support and at the same time extreme anger. No statesman in Turkey had been fondled that much since Atatürk, but no other politician had been exposed to such strong and ugly expressions as Erdoğan. The words and the pictures in Turkish media are sometimes so reckless that even praises can be insulting and detrimental for his reputation.

The founder of the Turkish Republic, Mustafa Kemal Atatürk, was a west-oriented and secular person. He is still the symbol of the modern and secular Turkey, and is still the national hero for many Turkish people.

Atatürk wanted always that Turkish women are modern and self confident. Since its foundation in 1923, the Turkish Republic has committed itself to secularism and Turkey became the only Islamic country that granted social, legal, and political rights to women. However, among the conservative society of Turkey, the patriarchal family system and accordingly gender inequality are still commonplace. What is more is that this mentality is taken for granted by women.

Erdoğan is compared with Atatürk in some areas and even some of his works are considered as revolutionary, like Atatürk’s. However, unlike Erdoğan, Atatürk had aimed for a well-educated, intellectual and secular Turkey, which was quite opposite of the preceding Ottoman Empire. Erdoğan, on the other hand, seems like he wishes an Islamic and conservative nation.

The new educational system of  Turkey

The AKP Government has established a completely new system and curriculum in the schools. The majority of the governmental schools were replaced with so-called Imam Hatip schools, which have the focus on Islamic education. The original thought for establishing Imam Hatip was to bring up preachers and other religious employees for the mosques, but by time it was taken for granted as standard educational system for the conservatives. Although women are not allowed to practice those professions, girls used to go to such religious school anyway. After the new arrangement, many other children have to take this education, if there is no governmental school in their quarter or if they cannot afford private schools (2).

The common aspects of the students of those schools, where Erdoğan self is an alumni, is that they readily agree with the authorities and are never rebellious. Then it is easily perceived that the reason of this new school system is not necessarily to create an Islamic nation, but a public which respects the government’s actions.

Will Turkey ever enter the EU?

In the last thirteen years Turkey experienced drastic changes: The patriarchal family system became more commonplace, domestic violence increased, headscarves are now used in even elementary schools, many new buildings and centers were constructed, the green areas became less, the influence of Islam became more visible in the art and architecture, more and more companies save a room for prayers, alcohol sales are restricted, the nation became more polarized and aggressive. However, none of these are a criterion for EU membership.

Today nobody asks when Turkey becomes an EU member. The ambition to join the EU among the Turkish people has also decreased. The tendency is rather oriented towards to East. Because of Erdoğan, the country is split into two:The ones that are against him, and the ones who admire him. Hardly anyone is in between. Today often another question is being asked: 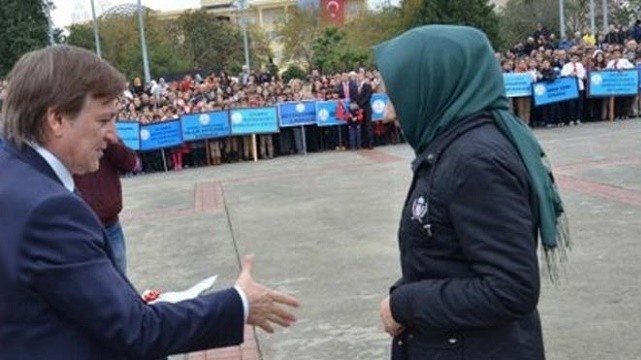 Photo title: Today the female students of Imam Hatip schools are quite shy. Last year, a girl of an Imam Hatip school refused to shake the hand of the governor, who wanted to congratulate her and present her the price she won in a competition.

* This article is inspired and informed by: Der Spiegel August 2014 Special Turkey edition