Let us go back 80 years and write the Turkish history again… Imagine that the ones, who were taught to hate Atatürk, see him now objectively and the ones, who worshiped Atatürk, understand who he really was. How would today’s situation be? 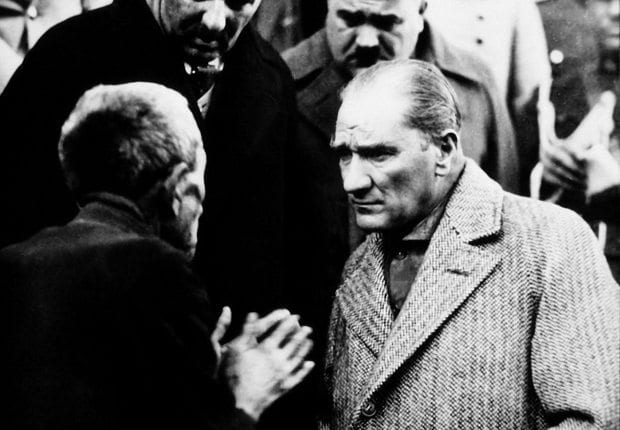 “I spent my entire life by criticizing Atatürk. But today, I and the other honest Islamists see that; without Atatürk, Turkey would have been like Afghanistan…” Levent Gültekin

Atatürk through an analytical mind

Analytical skills are the ability to break arguments or theories into small parts, conceptualize ideas and visualize the problems by applying logical thinking. It requires detecting patterns, brainstorming, being observant and interpreting data.

An analytical mind does not consider emotions, however human beings live with their feelings. If the responsibility is with that person who takes the decision, then there is no major problem when the decisions are based on personal feelings. But if a group of people takes a decision based on their shared emotions, then problems can arise, as the consequence will effect the society. These kind of decisions may satisfy the hatred, revenge and envy of that particular group, and can also be manipulated by others who profit from the consequences.

Analytical skills can be developed, and are supposed to be taught at schools. However, in a country like Turkey, where the social problems seem to get worse and worse, we could easily say that; this kind of thinking is not even applied by intellectuals or academicians.

The persons and events should be judged according to their place and their time, because everything can change. What we think now what should have happened before, is not always what could happen at that time and at that place. What seems right today can be wrong in the future or in the past. If we think this way we can understand Atatürk, the founder of modern Turkey and a good example of an analytical mind. As he said; “nothing is irreversible or unchangeable”. Indeed, all ideas are progressive when they are in change. That is why Atatürk is still contemporary and universal.

“The truth is bitter, pepper is bitter, then the pepper is true” is an example for a plain logic that is absurd. Plain logic is considered as lack of rationality and found in communities, which have many word games in their culture.

“Atatürk called the people of Turkey “Turkish nation”, then he excluded the Kurdish people”, “Atatürk had no mercy for ecclesiastics, then he should have been an anti-Islamist”, “some people worship Atatürk, then he should be a charlatan”… These are some plain logic examples that are used to convey hate or dislike against Atatürk.

Atatürk established a new and modern country from the ruins of the Ottoman Empire, and got rid of all dynastic authority and all religious traditions linked to politics. In fact, adopting a democratic system and a western jurisprudence with a Latin alphabet and the secularization of the country, led Turkey to a better acceptance in the modern world. But these changes do not satisfy everybody. As a matter of fact; whoever prioritizes secularism or nationalism in a country like Turkey, will have enemies.

Many families, who are influenced by ideologies and family histories, do not like Atatürk and raised their children with this hatred. So no surprise that; many pious families and many of the Turkish citizens who belong to another ethnicity than Turkish, do not like him.

It is quite understandable what emotional mood Kurdish people, who suffered under unjust political practices, are in. But, can the decisions that are taken under the influence of legitimate emotions be right and just?

Some religious claim that they could not live their belief freely in Turkey as the headscarf was not allowed everywhere. Is the freedom necessary only for religious people? Can the women not be Muslim, if they uncover their hair at the courts or schools? Yet, as we see clearer today, secularism is also for protecting the religion from bigotry and religious leaders, who interpret Islam in their own pragmatic ways.

No matter what his religious belief might have been, Atatürk dignified and honored Islam, the common religious practice of his people. And when he called them “Turkish people”, he likely did not mean only the ones who came from Chengiz Khan’s root, as Turkey has an multi-cultural and multi-ethnic cultural background. Thus, claiming that the word “Turkish” has a racist discourse in it, appears irrational.

Another reason for people in Turkey not to like Atatürk is; the masses that idolized and worshiped him. Some groups of nationalists misused Atatürk’s quotes and caused a bad reputation of Kemalism. However, this is also a plain logic.

What matters is “the Homeland”

Things that are said years after his death cannot change who Atatürk was or what he did for his country. Furthermore, Atatürk’s private life, hobbies or religious faith have nothing to do with any ideologies or politics today.

Atatürk was just a regular brilliant young man, that had big ideas for his nation. But what made him one of the greatest men in the history is that; he loved his country deeply and was strongly determined to make it free from occupations. And his analytical skills let him develop revolutionary ideas for his nation. As a result, Atatürk’s legacy to the Turks was to free them from all foreign invasion and to give to the nation its own culture and identity.

According to his time’s society, Atatürk’s speeches and promises made some happy and others angry. But what is important is that; he fought against Imperialism and established a modern and independent country. And his legacy of secularizing and modernizing Turkey was a success.

He was quite aware that in case he did not succeed, he could have been considered as a traitor and condemned to death. That he, despite this, attempted to realize his ideals shows how much he cared for his homeland.

Atatürk is still an icon that inspires new generations to fight for revolutionary ideals. As he often said: “What matters for a society is its homeland”, not the religion or ethnic races. Atatürk’s other quote: “Happy is a man who can say; I am a Turk” still inspires many to unify as a nation.

Can Aziz Nesin be right in his analysis?

After the attempted coup on July 15th 2016, it has been observed that a number Turkish people and politicians started to praise Atatürk and defense Secularism. However, we cannot consider the ones, who change their opinions according to the current wind in politics, as “Atatürkist”. Being an “Atatürkist”, first of all, requires not to accept any doctrine without questioning and internalizing.

Recently some Turkish or Kurdish politicians, intellectuals, soldiers or religious communities often use an excuse when they realize that they were mislead: “I got fooled, I am a victim of my good intentions.” Such an apology has not been used by Atatürkists, as they have not regretted following Atatürk’s ideals and remained as they are.

The people who erased Atatürk from school books, canceled the commemorates for him and national day’s celebrations became an Atatürk fan today. That is not frank. One could think of two explanations to understand this: Either the majority of the Turkish nation is cunning and calculating, or Aziz Nesin (1915-1995), an important Turkish writer and humorist, who once said that; “60 percent of Turks are stupid”, has right in his analysis.

What would happen if Atatürk would have lived today?

What if; every single citizen in Turkey values and appreciates this country, forgets about grudge and vengeance and raises their children according to Atatürk’s principles? And those children become deliberative adults with analytical skills, who invest in education and science, who respect the secular system and gender equality, who value and use our own country’s resources… What kind of country appears in front of our eyes?

The people, who ignore what Atatürk had achieved, but rather criticize him for what he didn’t do, should now consider what they or their ideologies managed so far. If the Turkish history could have been rewritten as it was explained above then we, most probably, would see a modern, strong and free Turkey.